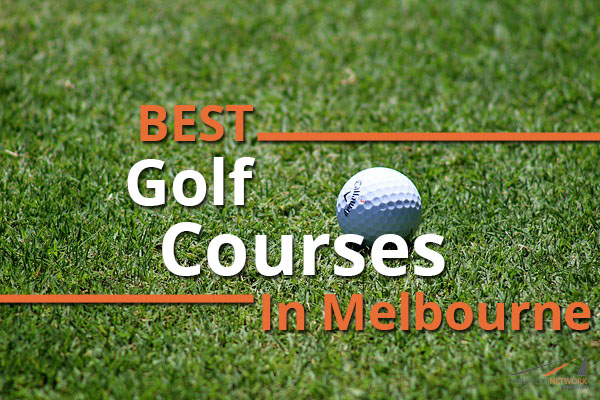 Housing some of the best golf courses in the country than any other major metropolis, the cultural capital of Australia is a golfing heaven. The Sandbelt region itself has an array of award-winning courses, which you can easily access with the help of luxury bus charter in Melbourne. Let us take a look at some of the top picks in and around the city:

Publicized as the summit of golf in Australia, the Royal Melbourne Club is the oldest golfing destination founded in 1891. Since then it has played host to a number of national and international tournaments. On the east and west, there are a couple of full 18-hole courses, known to be the best ones in Australia. This internationally recognized golfing venue was the first one to host the PGA President Cup outside America. If you really enjoy the game, playing at this spot is once in a lifetime experience.

Known to be one of the sandiest golf tracks in Australia, the Kingston Heath Golf Club is surely the second best down under. Surrounded by everything green, the course is dotted by an astounding 128 bunkers. Major events held at this venue include several repetitions of the Australian Masters and the Australian Open, which has been conducted 7 times.’

This $30 golf course is a delight for those who want to experience the best of courses in Australia without burning a hole in their pocket. The exclusive golf clubs may offer all the luxury to suit players with metal wardrobe, but Brighton is not far in terms of providing a pretty standard level of a Sandbelt golf course. With the bunkers tying almost every green, and a cost price to suit all levels of play, the Brighton Golf Course has all the qualities to be on this list.

Recently honoured as the best golf club in History by Golf Getaway, the Victoria Golf Club is ranked 8th on the list of best golf courses in the country. Situated in Cheltenham in the famous sandbelt region of Melbourne, the club was founded in 1903, and has played host to Australian Open 3 times. The honourable president George Washington Bush Senior has also played a round here in 1998. In short, it’s a nice place to get started!

This is not only one of the best golf courses in the country, but also the best public golf course you will find anywhere else in Australia. Combining a traditional layout with Sandbelt golf, Ranfurlie provides an enjoyable golfing experience for players of all abilities.  Loads of bunkers, and world class practicing facilities incorporating a separate short game area and practice fairway, along with exceptional course conditioning ensure golfers enjoy a fruitful experience throughout the year. The modern clubhouse has function rooms, sports bar and members lounge with expansive views of the city skyline.

Named as the 13th best golf course in Australia, the Metropolitan Golf Club has all the makings of a swanky golfing track. With the reputation of being the best conditioned turf round the year, the venue has been a host to the Australian Open for a number of times.  There are a total of 103 bunkers on the course, and possibly every hole is bordered by native trees, which also provides shelter for a variety of species.

Paying respect to the Great White Shark, Greg Norman, the Sanctuary Lakes was designed by the man himself, and is located on the Greg Norman Drive.  Known be the best publicly accessible golf club in the city, it is suited for pretty much anyone who is willing to shell out some extra cash for an amazing experience.  Hardly a 20-minute drive from the Central Business District, the course with a full driving range has all the ingredients of a championship-level turf. Housed inside the club is an equipped modern clubhouse with expansive views of the golf course, and Caddyshack Espresso Bar.

Seen as the true beacon of the Sandbelt region, the Commonwealth Golf Club is known for its subtle sloping greens and challenging driving holes to facilitate accurate shot making, when striking from the fairways. These are flanked by the finest native trees in Australia, thanks to the selection and planting maintenance by a past life Member Alec Brahe. It was in 1921, when the first holes were laid out at this spot, and the venue has hosted a number of events over the year including Victorian Open, Australian Open, Women’s Australian Open.

Located opposite to the Royal Melbourne Golf Club, the Sandringham course founded in 1937 is the most challenging and interesting publicly accessible golf course in the Melbourne Sandbelt.  It caters for golfers of all abilities, including senior golfers, beginners and almost anyone who wants to experience proper golfing.  At this venue, your golfing skills and shot selections are valued above anything else. The undulating track is well groomed with lush green grass and couch fairways, including 31 bunkers. Wetland and lake water storage attracts bird species.

The Yarra Yarra Golf Club has been a part of Melbourne’s rich history ever since its inception 1898. Initially known as the Eaglemont Golf Club, members have played here over a rough 9-hole course that is now a part of Heidelberg. The 4 par 3 hole is one of the finest examples of golf course architecture, and is known to be the best in the southern hemisphere.

Presenting a warm and friendly ambiance in a beautiful setting, the venue has witnessed some of the greatest golfers in the world, including the likes of Greg Norman, Rachel, Teske, Jan Stephenson, Anika Sorensten, Karrie Webb, Ian Baker-Finch, Johny Mille, Peter Thomson, Joe Kirkwood and Walter Hagen. This golfing paradise is undulating, large and fast with the greens featuring extreme slopes, while the bunkers being intrinsic to each hole’s strategy, blending naturally with the surroundings.