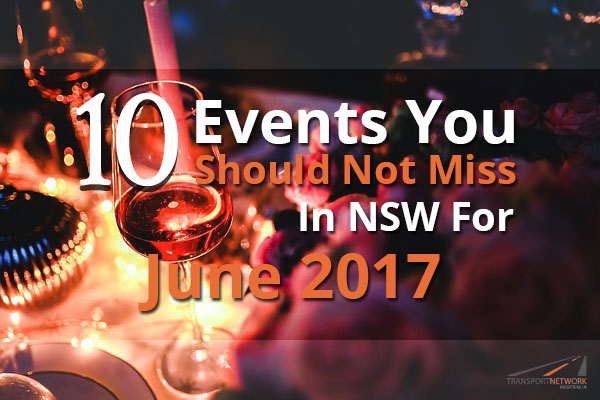 With countless pristine beaches, awe-inspiring natural treasures and a beautiful heritage, there are good reasons why New South Wales is the most visited state in Australia. Explore the beautiful wilderness of the state or take a road trip to see some of the oldest wine regions of the country. Here are some of the top events you should attend in June via luxury minibus hire in NSW.

On the 3rd of June, Lennox Head is having a party on the main street, and everyone is invited to participate in celebration of everything you love about this cultural destination, with beautiful beaches, chic boutiques, family friendly ambiance and exceptional food and drinks. There will be lots of music and entertainment for all, along with special events for children. It’s certainly proving to be a popular annual event with festive ambiance, markets, arts and crafts. There will be a number of performances by entertainers and buskers, along with local business giveaways.

Bringing together a diverse range of exhibitors from all across the country to cater your wedding needs, the Bathurst Bridal Expo on the 4th of June is the largest of its kinds in the state. There will be performers, travel agents, event hire companies, jewellery, shoes, dresses, make-up artists, videographers, photographers, cars, flowers, caterers and almost every possible thing you need to make the special day worth it. In the afternoon, there will be a Gala fashion parade showcasing some of the most elegant bridal gowns, along with clothing for the mother of the bride.

The largest comedy festival in Australia is on its way with a no-filler cast of international performers, talented newcomers and Australian stars. In one big hilarious show, there will be individual line-up, songs, slapstick and stand-up comedy. Every year, the cast of entertainers set themselves on a road trip over 80 destinations, with this one being Cessnock on the 8th of June.  Don’t miss this wonderful chance to join the gags, as you on board with your gang, and let the comedy flow as the road trip rolls.

Attracting good numbers of school students and sheep breeders from all across the southern NSW, the Holbrook Sheep and Wool Fair is scheduled to be held from 14th to 16th of June. Day 1 is entirely dedicated to school participants for educational workshops, and also the Schools’ Interbreed Competition. Apart from Open Sheep Competitions, there will be various judging competitions as well, consisting of novice and senior sections for Fleece Judging, Meat Breed Sheep and Merino Sheep.

Starting 15th of June, the 2-day extravaganza is a chance to enter a fantastic wonderland beyond imagination. With astonishing skating and dazzling special effects, you’ll be miraculously whisked away to wintry Arendelle. Join the royal sisters, Elsa and Anna, along with Sven, Kristoff and Olaf, as they set themselves on a journey to explore the magical power of love. Mickey and Minnie will host the show, with guest appearances by popular Disney characters from The Lion King, Finding Nemo and Disney Pixar’s Toy Story. This memorable celebration of friendship and love will have a long lasting impact on you.

Currently in its 5th year, the festival will be taking place at the Kincumber Hotel, with the dates yet to be confirmed. Regional brewers from all the across the country, as well as local brewers from the Central and the surrounding regions will come under one roof to showcase a huge variety of cider and craft beer varieties. The event extends a warm invitation to home brewers, craft novices, cider connoisseurs and beer enthusiasts to come along and explore your favourite brew.

Coranderrk on the 22nd of June will revive the voices of all those people, white and black, who stood together and fought for a better deal between the country’s newest and oldest inhabitants. This special theatrical production pays accolade to the adaptability and resilience of people who rose to the occasion despite the odds, adopting the power of written text to make their own voices heard clearly. This event is a collaboration non-indigenous and indigenous artists, community members, education experts and researchers. The main objective here is to encourage a great understanding of the history between Aboriginal and non-aborigines people.

One of the most famous towns in Australia, Katoomba will turn into a festive spot on the 24th of June, with vibrant people, stalls, choir, drummers, dancers, musicians and local artists. The Winter Magic Festival is a golden opportunity for everyone to take part in. With streets lined in market stalls and everybody in good costume, the whole town will become a performance space. This premier festival will be open to unique experiences, unleashing a huge mix of surprises. The Grand Parade will once again be the key highlight.

The 3-day event starting 30th of June will showcase the best local produce, culinary expertise, restaurants and all forms of entertainment the Ballina region has to offer, along with spirits, cider, craft beer and wines. Friday night will feature ‘Taste of Ballina Gala Dinner’ with delicious food, which will be followed by ‘Flavours of Norther Rivers Gourmet Tour’, displaying the best of Norther Rivers Region including a wonderful blend of venues. Held at the Ballina Jockey Club, Sunday will be the main festival day with live demonstrations, quality entertainment, information sessions and exhibitions. 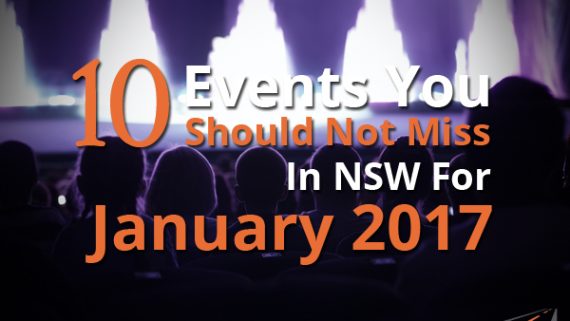