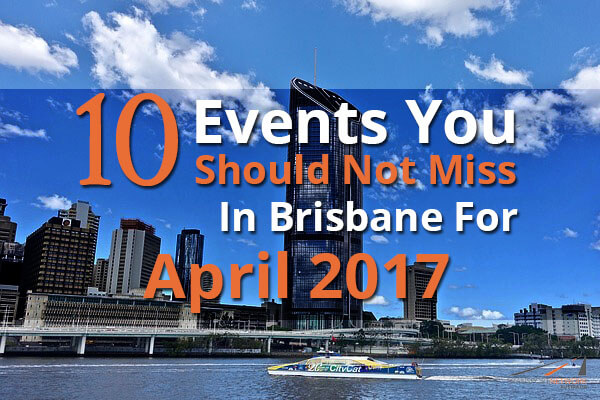 10 Events You Should Not Miss In Brisbane For April 2017

Brisbane may not be as high-rated as compared to Australian cities such as Sydney or Melbourne, but the city still has got to offer plenty of diverse activities and events to suit all tastes and interests. If you are planning to attend these April 2017 events, make sure to choose Brisbane premium coach hire for a comfy ride.

Come together to hear from the distinguished speakers including Nick Earls, Tim Rogers and Adalita at the Writers Festival to be held on the 1st and 2nd of April at the historic Old Museum Building. Celebrating the imaginative relationship between the music and writing, this literary festival is devoted to exploring the creative spark. You have a chance to interact with people behind the creation of songs and stories. This year’s program will address themes national culture, mental health, memoirs, photography and most impacting cultural and musical moments of the past.

Scheduled to be held from 3rd to 8th of April, Switch bricks is an ideal event for kids who love Lego or anyone who’s a fanatic. This complete family entertainment at a Lego-themed display centre is both creative and educational. Children will get a hands-on chance to try out their combinations, while their parents assist them in doing so. The exciting atmosphere created by the efforts of Tammy is sure to tickle the fancy of every brick-building enthusiast. With competitions lined up throughout the course of the event, design skills will be put to test with building and rebuilding of blocks.

This April on the 7th, Sandy, Danny and the gang from Rydell High will be bringing back the 50s themed, musical piece, Grease, as an Arena experience. The cast includes Terry Hansen and Dami Im, who’ll be taking the stage at the Brisbane Convention Centre to fill the ambiance with Grease classics including Beauty School Dropout, Hopelessly Devoted to You and the Greased Lightning. The performance is actually based on Jim Jacobs and Warren Casey’s 1971 musical, which tells a story about an Aussie girl who met an American boy, and they later reunited in 1950s high school.

The idea of Jan Powers Farmers Markets was introduced by a foodie, Jan Power, whose passion for fresh produce and her urge to support the farmers has been making this event possible over 3 decades. Today, the weekly markets are organised by her daughter Sammy Power, with one objective to connect the public to the farmers. It’s a kind of a market where families meet and mingle, as they scan through fresh produces of the region including poultry, plants, fish, meat, artisan products, breads and flowers.

This free family-friendly event will take place at the Wests Mitchelton Football Field on the 14th and 15th of April. To keep you entertained throughout the day, there will be plenty of stuff such as an Easter Egg Hunt, a petting zoo, music performances, graffiti wall, face painting, a bouncy castle, an inflatable soccer field and food trucks to keep you full. Come along with your entire gang to attend this annual event free of cost. Make sure you are not missing out on any of the experiences listed for the day.

Starting 19th of April, the Queensland Performing Arts Centre will turn into a high octane music, comedy and dance show, direct from the sell-out performances on top platforms. This strong, modern and highly virtuosic event is a rhythmic extravaganza of Aussie humour, along with dazzling sights and sounds. The menacing and charismatic style of the beatboxer will showcase the best of microphone techniques, which will be well complemented by 5 leading dancers jumping across the stage to create complex and mesmerising rhythms. Untapped serves an eclectic mix of flamenco, hip hop, funk, jazz and cappella numbers, with unbelievable synchronisation by the dancers.

There can’t be a better way to define the relationship of Queensland Symphony Orchestra with the most famous living composer in the world. His premier performance of Symphony No.11 on the 21st of April in association with orchestras in Turkey and Austria is something that you simply cannot afford to miss. Led by the music director, Alondra de la Parra, the event will witness the debut of Russian rising star, Alexander Malofeev. Listen to him as he tunes along the legendary romantic warhorse of the Russian piano repertoire.

Celebrating the birth of Buddha, this annual event at the South Bank is one of the largest in the world, spread over three days from 28th to 30th of April. Patrons can come along with their friends and families to enjoy live performances, cooking demonstrations, live music, cultural displays and some vegan stuff from the stalls in the Cultural Forecourt. The last day of the event will be concluded with spectacular display of fireworks filling the sky with lots of lights and vibrant shades.

This season, the Gallery of Modern Art will turn into a magical sparkle-filled land with lots and lots of colour to spark imaginations, especially in children. On the website, there’s an exciting interactive magic land activity where kids can create their own fairy land. One can expect a lot of purple highlights and glittering pink in the exhibitions, with crystals, miniature animals, and everything cute. This event is sure to put smiles on your faces, as you watch your little ones drawing their adorable imaginations.

Shane Warne is undeniably the greatest spin bowler to have ever played the game of cricket. Although, he was a popular figure on the field, he has been in the news for all the wrong reasons off the field.  His antics have become a good alleyway for social media and newsfeed to get some footage. On the 29th of April, it’s a unique opportunity to watch Shane Warne revealing the true story behind the media headlines and the reality behind the tweets. The anchor man Mark Nicholas will be shooting questions directly from the audience to bust the myths surrounding Warney. 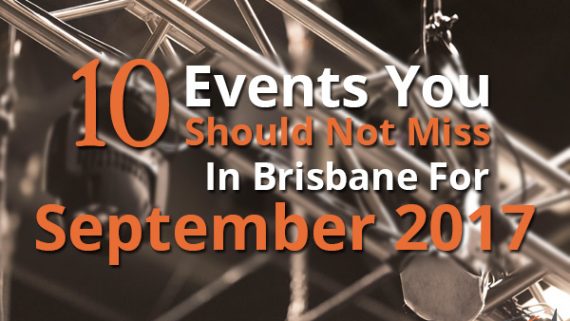 10 Events You Should Not Miss In Brisbane For September 2017 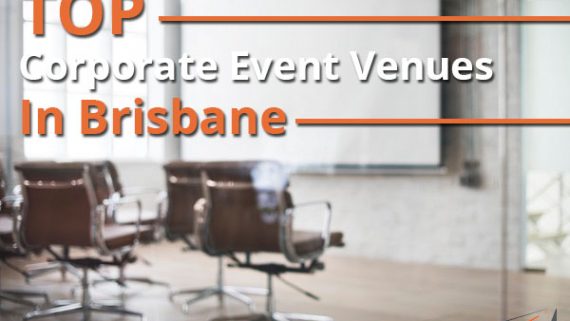